Whoa! spring has arrived. First wonderful sunshine, up to 19 degrees C mid-week, now howling gales and flooding across SE Australia. At Chez Fork we have recorded 80mms of rain since Friday evening, 65 mms of which fell between early Saturday morning and 5.00pm on Saturday.

Today was still pretty wild on the wind front but there was sunshine between the low clouds. A quick tour of the garden revealed some welcome sights. First and foremost we have our first asparagus spears poking up above ground. 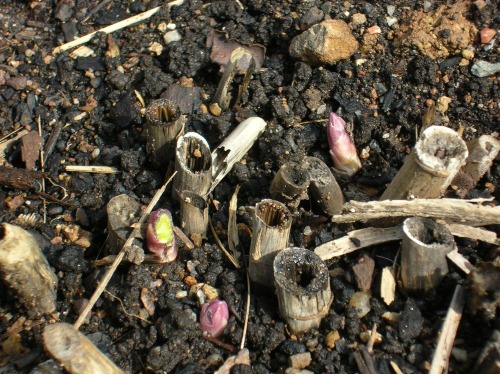 However I was a bit surprised to see that something has been having a bit of a chew on two of the spears. Normally not much has a go at this vegetable.

Next I took a really good look at my Purple Sprouting Broccoli. This has appeared to be somewhat of a non-starter. It has had lots of sprouting leaves but not much else. I know that one despairing friend has given up on hers and has been feeding the plants to her chooks. By contrast friend M, (she of the warmer micro-climate), has been harvesting her plants for weeks! Just when I was about to write mine off I had a really close look at the crown of the plant and discovered that at last some flower buds are developing. Well better late than never. 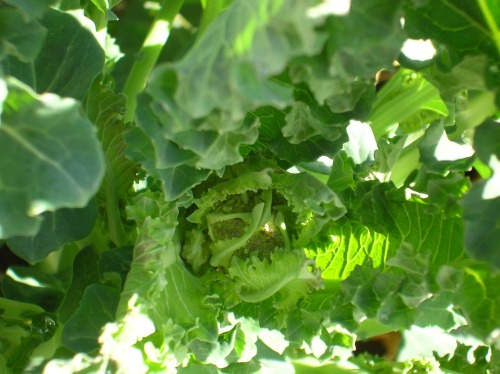 The Tarragon that had been transplanted at the start of winter to allow us to work on building new garden beds has clearly survived the harsh weather and has started sprouting. 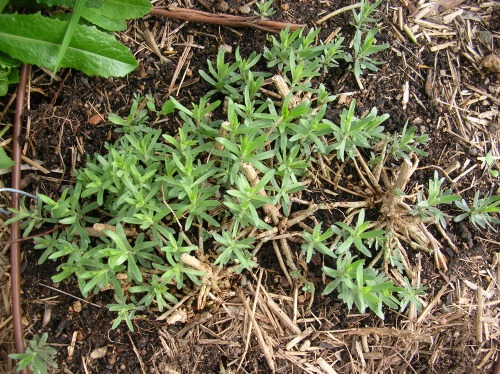 Finally one last, and most unwelcome first for the season. I killed my first Cabbage White Butterfly today. I’d spotted some earlier in the week so now the long battle against their caterpillars will commence!

Thanks for leaving a comment. Let us know your experiences. Cancel reply